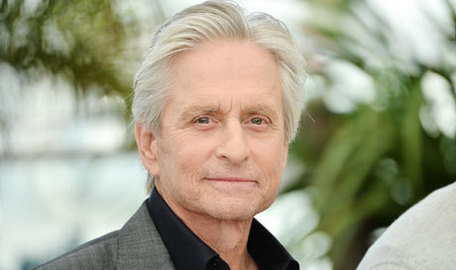 The press interest in Human Papillomavirus (HPV) and throat cancer has exploded thanks to an interview given recently by Hollywood movie star Michael Douglas where he talks about his throat cancer, HPV, oral sex and a somewhat controversial, cure for throat cancer .  The piece first appeared in The Guardian and can be viewed here, there is also a more extensive piece, also in the Guardian available here which talks about HPV but also about his latest movie about Liberace.

While we welcome the increased public awareness around HPV and cancer, specifically throat cancer, there are a few issues with the interview and the content that we would like to clear up.  While the idea of Michael Douglas contracting cancer through oral sex makes great copy for the press, the reality is a bit more complicated than that and the subsequent reporting is not the most helpful when it comes to understanding HPV, how it is transmitted, who can get HPV and what can happen because of HPV.

SO, DOES ORAL SEX CAUSE CANCER?

It is very important, however, to understand just how ubiquitous HPV is and how easily it is transmitted from person to person. It is estimated that around 90% of the adult population (who are sexually active) will have an HPV infection at some point in their lives. It is sometimes called the common cold of sexually transmitted infections as it is so common and extremely contagious. Barriers do offer some protection but are far from foolproof.

This sounds pretty scary but HPV is also usually taken care of by the body’s immune system without any fuss and people, more often than not, do not realise that they have had HPV.  This clip of Professor Margaret Stanley from HPV Explained – Is Oral Sex Safe? – BBC Three is quite useful in explaining how HPV is transmitted. Professor Margaret Stanley OBE is an authority on HPV and also sits on our Clinical and Scientific advisory team.

So, it is important to realise that HPV infections  affect just about every sexually active person and it does not mean a person with an HPV infection is a promiscuous person . It is a very dangerous road to go down if we start to think about HPV and HPV positive cancers as being the oral sex disease. This could lead to complacency and attaches unnecessary stigma to the disease, to oral sex, to patients and their families.

At a recent HPV research day in Edinburgh that TCF attended, one of the speakers noted that HPV is not so much a sexually transmitted infection but rather is the by product of sexuality itself. That is to say it is not specific sexual practices or proclivities which cause people to contract HPV, rather it is the more banal fact that everyone who is sexually active gets HPV, regardless of their sexual practices and proclivities. This is far less interesting for the newspapers but a far more balanced point of view.

We have had a number of enquiries from worried patients or partners about whether they could continue their sexual lives as they did before treatment. People are worried that they will give their partner an HPV infection and subsequently cancer.  We were able to publish this article which talks about HPV positive cancers and whether people are contagious and if their long term partners are at risk too. In a word , no. This has been back up by this recent study which seems to show that the long term partner of someone who has had an HPV positive oral cancer is no more at risk from HPV infection than anyone else.

WHAT SHOULD WE DO ABOUT HPV?

We are facing up to an massive increase of HPV related cancer. HPV positive oropharyngeal cancer is the fastest growing cancer in the UK. A 2010 study by Professor Hisham Mehanna from the University of Birmingham, published in the British Medical Journal, noted that rates of oral and oropharyngeal cancers caused by HPV increased by 51% between 1989 and 2006. This is a staggering increase and while, other risk factors like smoking tobacco and alcohol abuse still cause the majority of throat cancers at the minute, public health messages about the dangers of smoking are having an impact, so we can expect those numbers to decrease. Without action on HPV we can expect HPV positive cancers to keep increasing . Professor Margaret Stanley OBE, University of Cambridge, has warned that cases of oropharyngeal cancer in males will exceed cases of cervical cancer by 2020.

While there is not a cure for HPV, at the moment,  there are vaccines available which protect people against the high-risk cancer causing strains of HPV 16 and 18. The vaccine Gardasil is currently given to all girls in the UK at age 12, it is done at this age because the vaccine is most effective when given to people prior to becoming sexually active.

The vaccine programme in the UK for females is exceptional. Rates of uptake are among the highest in the world and we can expect to see a dramatic decrease in the number of girls affected by HPV positive cancers .  There is not, however, any provision for males and they are currently not offered the vaccine in the UK except privately, which can be expensive.  TCF believe that this is an inadequate approach to the growing problem of HPV and the vaccine must be offered to boys as well.

WHY DO WE ONLY VACCINATE GIRLS IN THE UK?

The current female-only policy is reliant on ‘herd immunity’. This is the theory that by the vaccination of females in the ‘herd’ this will offer protection to the males as the virus will not be transmitted from females to males.  We believe this is an inadequate and flawed approach, which is discriminatory and out-of-date.  The world today is a highly mobile and the chances of a young man going outwith the ‘herd’ and coming into contact with a high-risk strain of HPV is high.

Very few countries in Europe, Africa or the Americas have a vaccination programme as robust as the UK for females. People can now move about the planet with ease: for work, for family, for university, for holidays. To have a policy which relies on people not interacting with anyone from outside the UK is clearly not fit for purpose.

The current female-only, herd immunity vaccination policy is also flawed in regards to men who have sex with men. Herd immunity will offer protection to heterosexual males who stay within the herd but offers no protection men who have sex with men. This is particularly important as this group face a higher than average burden of HPV positive anal cancers.This has been highlighted before by the British Association for Sexual Health and HIV (BASHH), BASHH member DR David Asboe stating that “there’s a burden of disease, particularly for gay men, that is not being met and we recognise that there’s an effective intervention”. We are calling for the vaccine to be given to all children aged 12 as the vaccine has been proven to be most effective when given prior to sexual activity and there is no ethical or indeed, practical  way to ask children to make decisions about their sexuality at such a young age.

Targeted vaccination campaigns have also been shown to fail in the past. The example of the rubella, inoculation programme in the 1960s, which was female-only policy, resulted in several large outbreaks attributed to unvaccinated males. This lead to the adoption of a gender neutral MMR vaccination policy which has led to the near eradication of rubella in the UK.