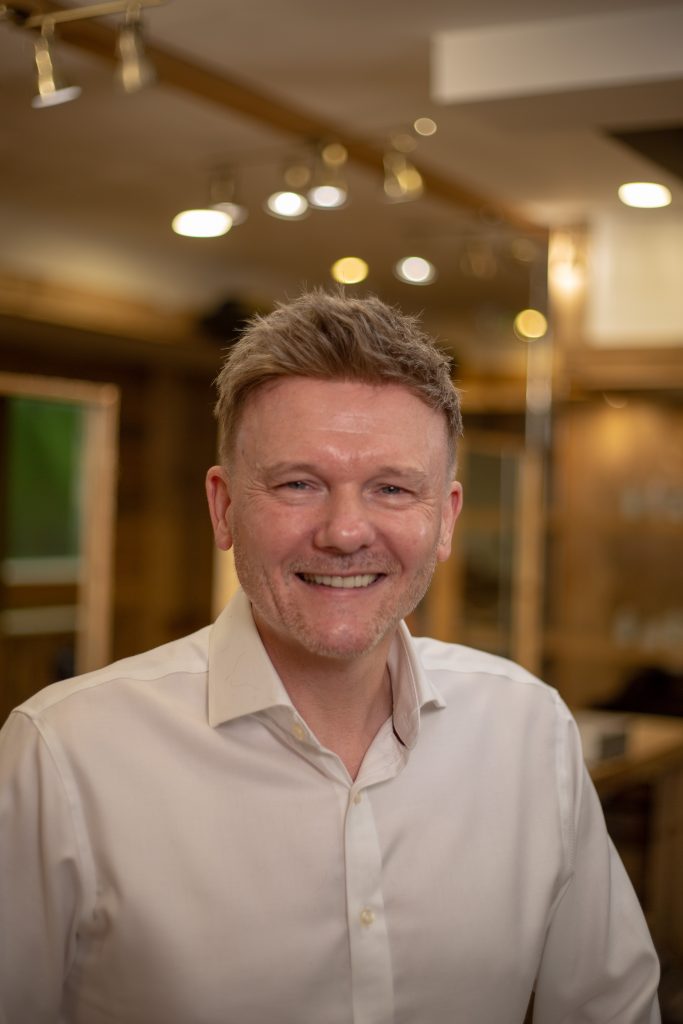 In 2010, I was Chief Executive of a Scottish based recycling business that I had started back in the 90’s.  Over the years, I had worked hard to turn it into a global brand and was proud to say that it had given employment to hundreds of people.

It was during this time that I decided to sell the business, so that I could take up other opportunities to do new things.  However, during the process of selling it, I had noticed a persistent lump in my throat that would not go away, in fact it was interfering with my shaving.  So, I arranged an appointment with my doctor to identify what was happening and see what was going on.

I was given several examinations and a biopsy was taken, but on the morning of July 1st 2010 I was shocked to told that I had been diagnosed with oropharyngeal (a type of throat) cancer which had been caused by the Human Papillomavirus (HPV).

The shock was twofold, firstly at the cancer diagnosis, but also because it had been caused by a virus I had little to zero knowledge of, HPV.  Questions were rattling about my head.  Everything from, how could HPV cause a cancer and how did I catch it?

So began a difficult two-year process of treatment and educating myself around HPV, what it was and how it managed to give me a cancer of the throat.

I was shocked to discover that there was already a vaccine available that could offer protection against HPV related cancers, but I had never been offered it, so had been exposed to the risk of developing, not only a throat cancer, but several other types too.  That shock increased, when I found out that the very vaccination that could have protected me, had since 2008 been given to girls routinely as part of a nationwide campaign, to protect them against developing cervical cancer, another cancer caused by HPV.

After further investigation I found out that the decision not to vaccinate boys, had been one that had been made by the UK government and its rationale had been one of both cost to NHS and the belief that ‘herd immunity’ would protect them.  I could not believe that there was no such protection for boys and that they were still being exposed to the risks of HPV and developing not just a range of cancers in adulthood but also genital warts.

My treatment programme for my throat cancer had itself been a brutal process, which saw me having to fight the standard procedures being offered as I felt some of it was unnecessary.  One aspect was that I was told 6 of my teeth would have to be removed as the radiation may cause damage to the blood supply to my gums and it was precautionary. I did not accept this and found a different process in a private clinic in London which would both treat my throat cancer, but also allow me to keep my teeth.  I was fortunate that I had just sold my business and was in a financial position to afford to go private.  But I recognise that so many people would have not had that choice or indeed known that an alternative was available.

I survived my treatment, but to this day still am impacted with debilitating side effects, such as Xerostomia (dry mouth) as well as problems with swallowing certain foods and my thyroid.  But I am grateful I am here to tell my story.

Whilst in recovery I continued to research HPV and became alarmed and increasingly concerned about the lack of resources, information and support available to those facing throat cancers caused by the virus as well as other throat cancers.  So, in 2012 I decided to establish the Throat Cancer Foundation (TCF) to provide what was missing.  Over time, one of its main raison d’etres, was to look at campaigning to fight to get teenage boys protected from HPV and included in the HPV vaccination programme already being given to girls, as I believed it to be discriminatory against boys.   I did not want them to be put at risk of facing a brutal cancer like mine, for the lack of a simple jab.

We were a small, newly established charity, who were about to take on the UK government and try to change its mind!  A big uphill struggle, awaited us.  We were about to enter talks with the advisory body to the government, on public health issues, the Joint Committee for Vaccination and Immunisation (JCVI), but I soon realised, much as I believed in the cause, I needed more support and voices to help push a nationwide HPV vaccination for boys campaign.

I had, since establishing TCF built a good working relationship with a person called Peter Baker, Men’s Health Consultant, he had become a good resource of HPV information to me. In 2013, I contracted Peter to work with me to help set up an organisation/lobbying body to look at bringing together major public health bodies whose work was either impacted or associated with in some way HPV, to collaborate and work to get to campaign for ‘gender neutral’ vaccination.  TCF and my colleague Tristan Almada of the HPV Anal Cancer Foundation funded it and HPV Action was born. I am proud to say that it attracted many of the UK’s public health bodies, including, the British Dental Association.  HPV Action was soon recognised as an immensely powerful lobbying voice for HPV vaccination, by the media, medical professionals and many political leaders.

I was so frustrated by the lack of progress that in 2018 I decided that the time had come to force the government to undertake a judicial review on this especially important public health issue.  In February of that year with TCF acting alone we instructed lawyers to prepare to commence legal action against the UK government on the ground of sexual discrimination if they did not reverse their decision and stop excluding boys from the vaccination programme.

As of July, that year, the fight was won, the government announced that it would reverse its policy and announced that boys would begin receiving the HPV vaccine and therefore benefits from the protection against HPV related cancers from autumn 2019.   TCF announced to the national press at the time, ‘We did it!’   Gender neutral HPV vaccination had been achieved after the threat of legal action from us.

I always knew that the campaign was always just one side of the issue.   So, TCF commissioned market research to be done with patients, their loved one and the medical professionals who work in the field of HPV related throat cancer.  The data we gathered, allowed us to create two peer reviewed booklets, entitled, ‘HPV and Throat Cancer’, one for patients and their families, full of information and advice around HPV and throat cancer.  The second for medical professionals, helping them to better understand how to speak with patients about their HPV throat cancer diagnosis.  Currently we supply to the NHS, (nearly 300 various head and neck cancer treatment centres) copies of these booklets.   I am proud to say we are on our third print run and they on their own merit, have received positive feedback and praise from patients and the medical professionals who use them.

Nowadays TCF operates both nationally and internationally and aims to reduce the impact of throat cancers by offering support, advice and reassurance to those affected, not only to the person who has cancer, but to their friends and loved ones as well; making sure they have access to the most up to date information, knowledge about available treatments and what to expect in recovery during their illness. We still campaign to highlight the issue of HPV and the importance of ensuring people are educated and vaccinated against the virus.

Our work is backed and guided by a team of leading world class cancer experts and consultants operating in the fields of research and treatment for the illnesses they are fighting.

I am very proud of what we have achieved as an organisation.  HPV awareness and its impact, remains and continues to do so, play a huge and important part of our work and I am personally committed to doing as much as I can to help people get both support, and clear information around this important issue. 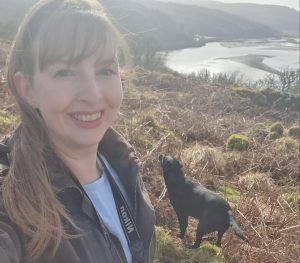 Niki Shaw, shares with honesty, her personal journey with a throat cancer diagnosis during COVID.  From dealing with delayed appointments to harrowing 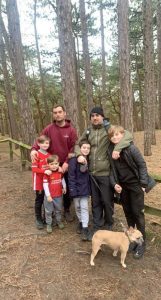 Danny Kerr, along with 3 colleagues from the parachute regiment and Royal Marines will undertake ‘The International 3 Peaks Challenge’ in under