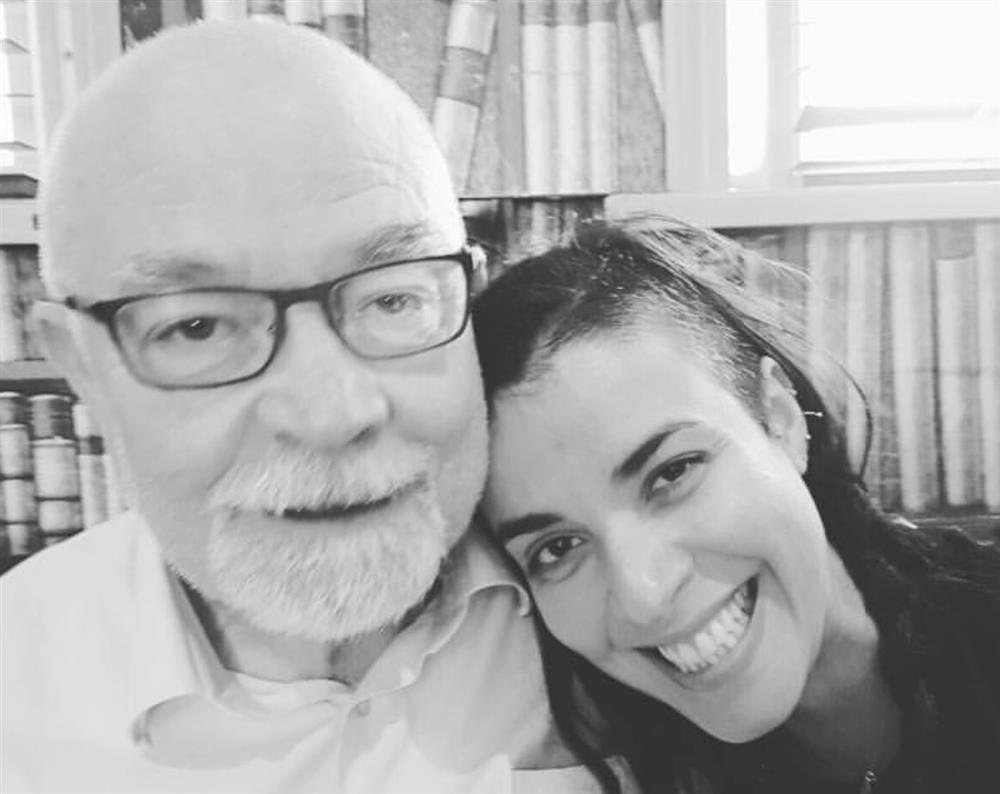 A huge thank you to Sara Nelson for raising £750 in memory of her beloved dad, sadly lost to throat cancer.

Here is her story about her dad and the challenge she undertook to raise the money.

Sara’s and her dad Chris’s story…

My life changed completely when my dad died very unexpectedly in March this year, the day before national lockdown.

He’d been diagnosed with a very aggressive form of throat cancer just weeks earlier and we had scarcely come to terms with this when we lost him. I still struggle every day to accept his loss.

I had not been allowed to see him because I had been unwell and there was a very real risk I could have harmed his already vulnerable immune system. Exactly one week before he died, he pressed me not to visit, reasoning: ‘It’s not as if I’m at death’s door, Sara.’
I loved him so much.
He was a bon vivant and a foodie. Ferociously intelligent with a wicked sense of humour.
In his last weeks alive, the cancer meant he was unable to eat or drink and had to be fed through a tube. He was bent double with pain.
I couldn’t be with him or hug him. I couldn’t talk to him for very long on the phone because his throat was so painful.
His doctor wasn’t optimistic, but had devised a treatment plan consisting many gruelling weeks of radiation and chemotherapy. At one point it looked like he might lose some teeth. It felt like they were going to take him away from us, piece by piece.
In the end, he passed away at 5am on Sunday March 22 in his sleep, the day before his treatments would have began.
I genuinely feel he made a choice. A choice that the precarious new life he had been offered was not worth living. Unable to enjoy food or drink and having to rely on a feeding tube he found painful and that kept him awake at night. Viciously painful treatment in hospital isolation. Limited contact with the family and the baby grandson he doted on. I can’t imagine him choosing that life ever.
He taught me to live well, though he took his own advice a little too well.
‘The disease of kings!’ He would bellow, having been diagnosed with gout, as he limped at some considerable speed back to the pub.
He would accept my brother and I’s fretful gifts of cod liver oil capsules and tumeric supplements while merrily drenching every meal with salt and knocking back another glass of Merlot.
While he had been isolation in hospital I had sent him messages and pictures, telling him how loved he was. His last text message to me was to reassure me that he could feel the love.
We weren’t able to have a proper funeral for him because of the lockdown and I still struggle with that too.

He would probably disown me if he knew I was going sober in his memory, but if it raises a bit of cash towards research of this devastating illness it has to be worth it.