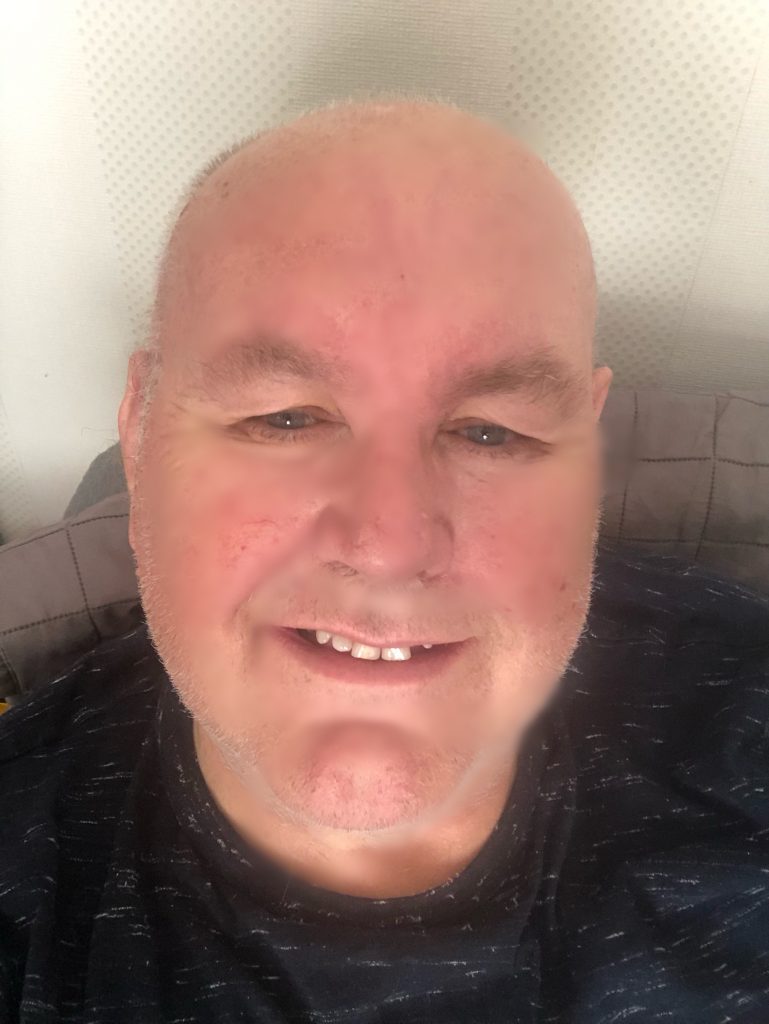 In April 2020, Gerard Dillon, a professional singer from Liverpool, noticed changes in his voice as it had started to sound hoarse.  In his line of business, he was well aware that something wasn’t right, and knew that it was important to get it checked, so made an appointment with his doctor.

He had never smoked and hardly ever drank alcohol.  So, initially his doctor had recommended just to keep an eye on it, but to come back and see him in 4 weeks.  However, after this period the country was in lockdown, due to the COVID pandemic and he was unable to see his normal doctor, so had to accept having a telephone consultation with a locum.  The locum, decided to refer Gerard to the ENT cancer department at Arrowe Park Hospital in Birkenhead for a check-up, but assuring him, and saying not to worry.

Two weeks after his visit to Arrowe Park, he received a phone call from a consultant at the ENT department, saying that he could tell by Gerard’s voice that it wasn’t cancer.  However, Gerard was not satisfied with this answer and insisted that it was investigated further.

Three weeks he was back at Arrowe Park for an endoscopic procedure and had a camera up his nose and down into his throat.  The consultant said something there, but that it was not cancer.

A further two weeks later Gerard was back at the hospital to have a what was described to him as, a small growth on his left vocal chord.  A biopsy was taken, but that evening after the operation he was told by an assistant to the surgeon that it wasn’t cancer.

Forward a further two weeks and with his voice having returned to normal, Gerard received a phone call from the same assistant to the surgeon to say that the biopsy had come back sinister, and they did suspect cancer and that he would be transferred to Aintree hospital in Liverpool to undergo a process to remove the tumour.  They told him that it was in fact a throat cancer, called ‘Laryngeal Cancer’.  The surgeon was excellent and assured Gerard that the laser procedure should resolve the problem as they had identified it early enough.

Two weeks after the operation and following a check-up they found the biopsy was clear and his voice was back to normal although they said that singing was now forbidden.  This devastated Gerard, as singing was his life.  It was a severe blow that he still has to come to terms with.  He was also told that for the foreseeable future he would have to have check-ups every three months.

However, in January 2021 his hoarse voice was back, and it hadn’t improved after a month.   Once again Gerard was back for another check-up and in May his surgeon told him there was something there.  He described it as a suspected granuloma, a benign tumour on his vocal chord.  In June the 3rd Gerard was back in the operating theatre to have the granuloma removed along with piece of his vocal chord.

Today, Gerard’s voice is back to normal, but he is still struggling with the fact he cannot sing ever again.  He also struggles with the side effects of swallowing, a direct impact of his throat cancer treatment.  Meaning he has to chew constantly to make food east to swallow.  Another consequence of this side effect is that Gerard as a diabetic is on medication called, ‘metformin’, which he was initially taking in tablet form.  For a while, because of swallowing difficulties he had with the tablets, he was given a liquid version.   Sadly, the liquid form is now unavailable and they are struggling to find a way around this. 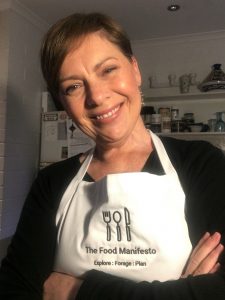 Yvonne McClaren is founder of the ‘No Feeding Tubes movement’ and ‘The Food Manifesto’, an organisation she set up, after she was