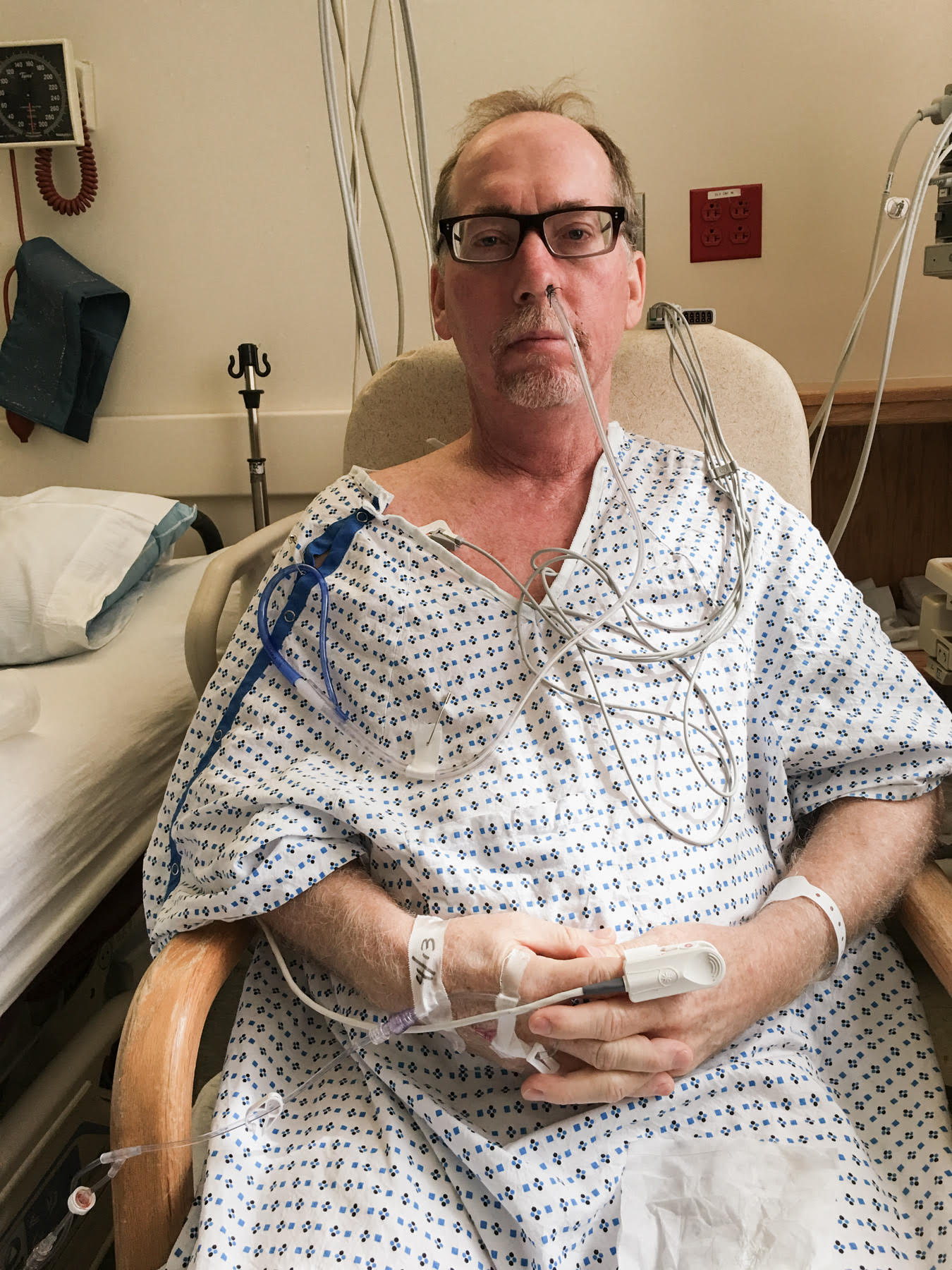 A throat cancer survivor has opened his heart about the devastating consequences that gruelling treatments can have on patients when it comes to eating and drinking during Thanksgiving.

Dennis O’Clair, who lives in West Hurley, New York, dreaded choking in front of his loved ones and describes himself as being “skeletal” after losing 45lbs following treatment. 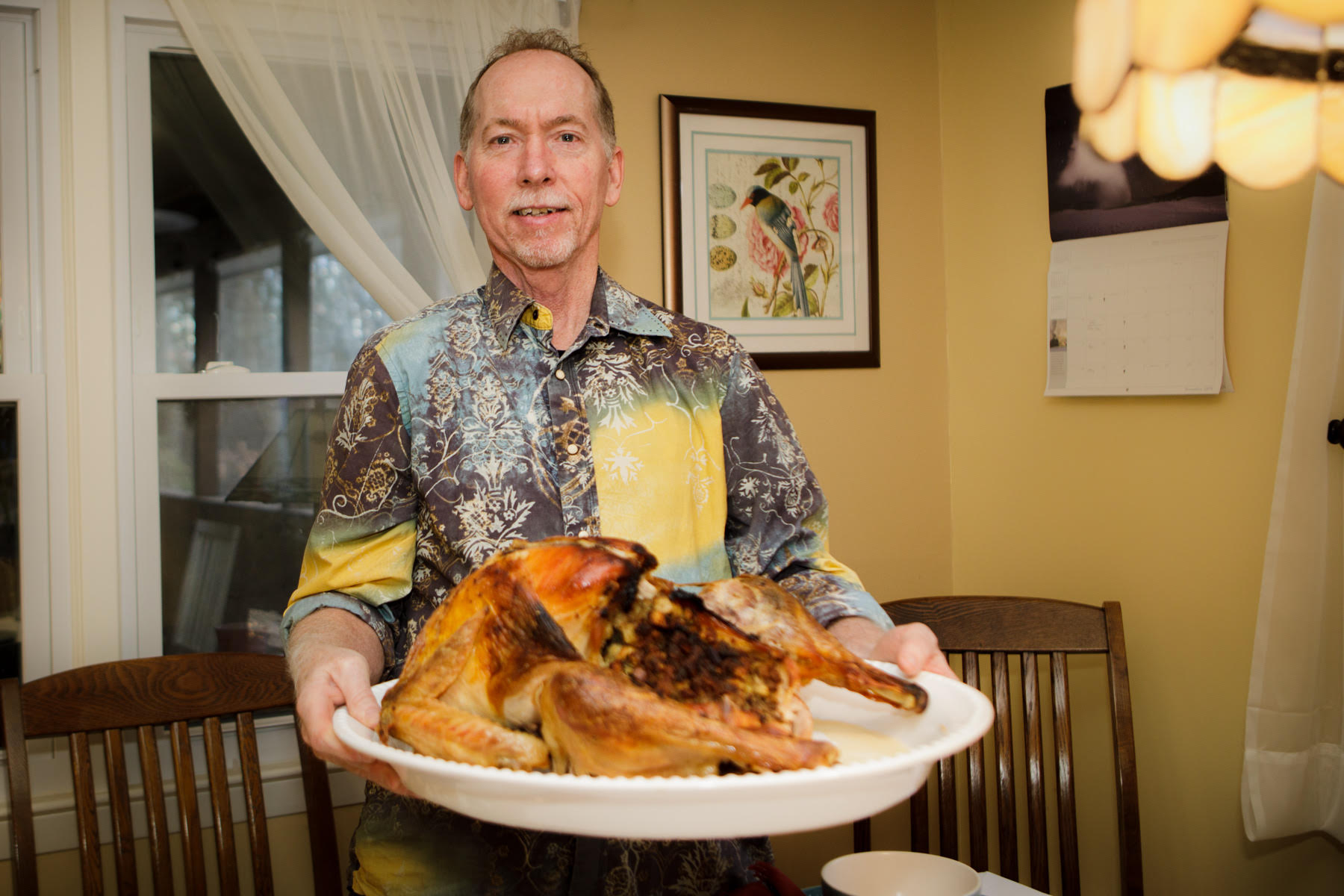 The dad-of-two said: “The six to seven weeks of treatment were very difficult. It was difficult to swallow or eat. I was very sick all the time. I lost 45lbs.

“Five months after treatment finished, I was still in very rough shape, unable to swallow or eat normally. My diet at that time was mostly soft foods – oatmeal, cream of wheat, pudding, flan, apple sauce, fruit smoothies, and creamy soups.

“We added heavy cream and olive oil to almost everything to increase my caloric input.

“At my first post treatment Thanksgiving, I was very self-conscious. We always go to a family gathering at my wife’s cousin’s house.

“There are usually about 20 people – family and friends.  Everyone was happy to see me doing well, even though I was a skeleton, skinny and gaunt. I was worried about eating, choking, or even aspirating. I ate very little, mostly a bit of creamy soup.

“I had gone through a terrible ordeal, but I had persevered, I had survived, I had beaten cancer.

“On the other hand, I was still in recovery mode. I had lost 45 lbs, I was skinny and gaunt, my hair had fallen out in places, so I was not a pretty picture.

“I didn’t want people watching me eat or asking me about eating, about what I could or couldn’t eat. I didn’t want to have to explain about the side effects of Radiation Treatment or explain that part of my tongue was surgically removed, or that I couldn’t swallow properly. I was self-conscious about all of the attention. I just wanted to be normal again.” 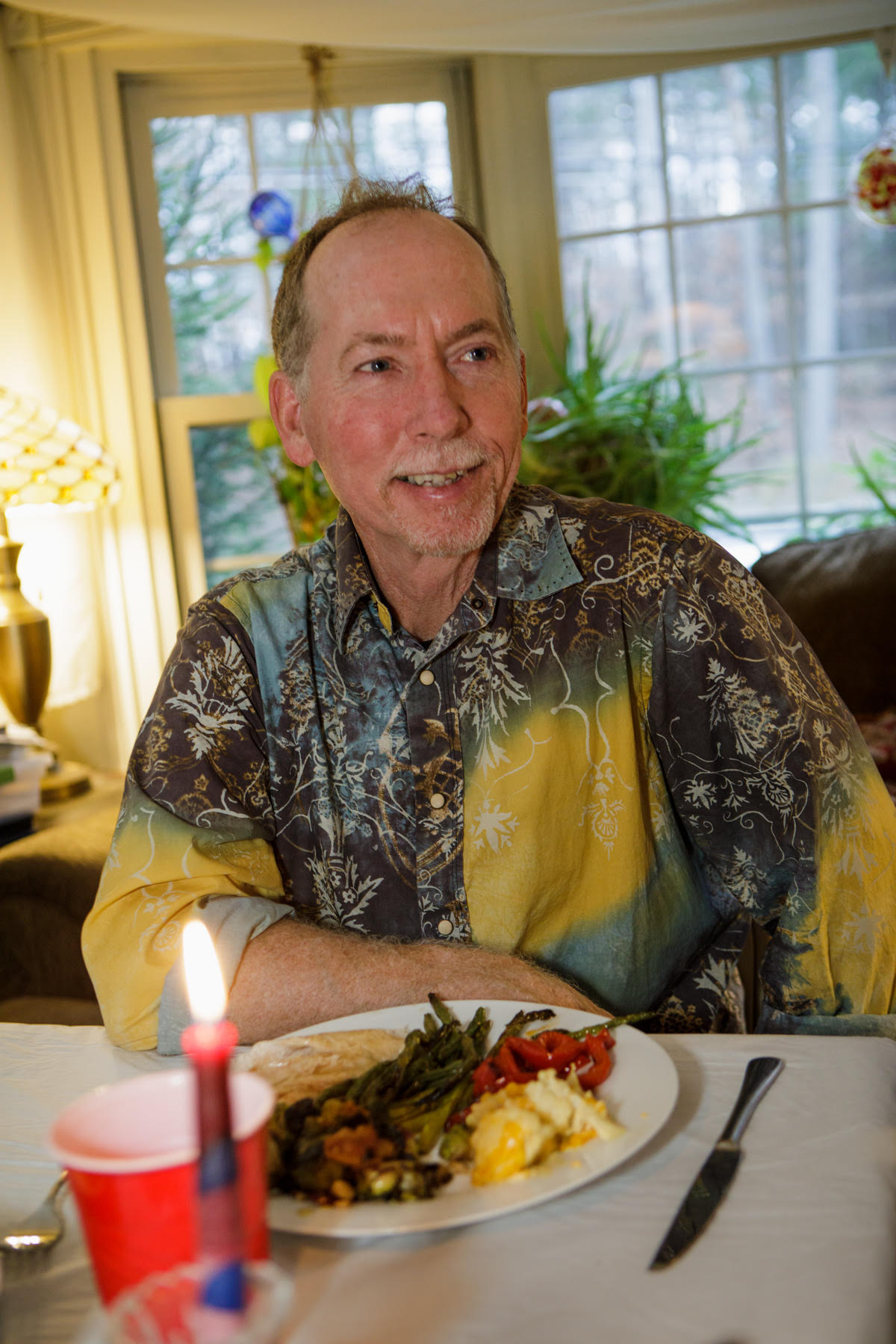 Dennis, 60, revealed the worst challenge during this period was trying to eat, drink, and swallow enough for his calorie intake in a bid to regain some of the weight he’d lost and to regain his strength.

Another challenge was finding things he could eat. Not only is swallowing difficult for throat cancer survivors, but the radiation treatment destroys the ability to produce saliva and it can destroy tastebuds.

Trying to live as normal a life as possible with a form of throat cancer during the holidays is hard and for some the thought of going out and even trying to eat, drink and be merry is too much, so they simply don’t. Many throat cancer patients describe the social isolation they feel they during Thanksgiving.

Even having a turkey dinner with their own families is a difficult process for them to deal with.  Their families will understand but might get upset at watching a loved one struggle to eat a simple meal – even if it’s been pulped and made soft.  It’s frustrating because there is nothing they can do.  For everyone concerned it’s not the type of festive time it should be.

“At first, in the months immediately following treatment, we just avoided social situations with eating and drinking,” Dennis said.  “I also avoided going to restaurants or out to eat, since my options were so limited it was always an issue, so we just avoided it.

“It was depressing to think that maybe I would never recover fully and this would be my new normal. Eating out or going to an event with friends was not something I would ever be able to enjoy again.

“That was the concern, the worry, the anxiety provoking aspect. For any people with throat cancer, this is their reality.”

Now, three years into his recovery, Dennis has come to discover which foods work for him and the ones which don’t after treatment.

Thanksgiving isn’t looking as bad for him this year.

Dennis continued: “This Thanksgiving will be my fourth post treatment and for me the Holiday is not that much different in respect to food and drink.

“I know that I am one of the lucky ones, many throat cancer survivors have different outcomes and results which are not as positive as mine.

“The way that this festive season will be different than one five years ago is that I am much more grateful now.

“I stop to appreciate the small things, I worry less and try to spend more time with family and friends. My sickness and ordeal has helped me focus on what is important in life.”

Dennis’ positive outlook is an inspiration. Although many people are left unable to eat any solid foods after a throat cancer treatment.