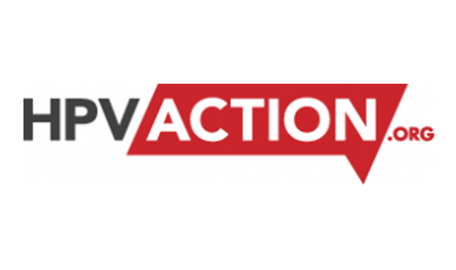 On 24 July 2018, public health minister Steve Brine took fewer than 30 seconds to inform the House of Commons that boys would now be covered by the national HPV vaccination programme. His short statement marked the culmination of a five-year campaign led by HPV Action which, 2018, had grown into a partnership of 51 diverse organisations.

HPV Action was launched in 2013 with the aim of achieving gender-neutral vaccination in the UK. It was the brainchild of two organisations in particular, the Throat Cancer Foundation led by Jamie Rae and the HPV and Anal Cancer Foundation, led by Tristan Almada. They contributed the funds needed to launch the campaign and helped to sustain it over the next five years. Together with Peter Baker, who they invited to become HPV Action’s Campaign Director, Jamie and Tristan set about recruiting further members and developing a media profile (with the help of HPVACF’s PR company, Street and Co). The Throat Cancer Foundation coined the name of the campaign and established its essential infrastructure, chiefly a website and email address.

HPV Action’s main target over the next five years was the government’s vaccination advisory committee (known as JCVI) which, in 2013, had begun an assessment of whether boys should be vaccinated. At that time, the JCVI was expected to make a decision in 2015. This was then postponed to 2017 before finally being made this year.

Now that HPV Action has achieved its goal, it is worth reflecting how it did so. Victories such as these are not common in the public health field and there may be useful lessons for similar future campaigns.

HPV Action’s advocacy work was almost entirely funded by its own members and no funding came from the vaccine manufacturers or any other organisation with a commercial interest. This meant that money was tight – the whole five-year campaign was delivered for around £60,000 – but there could be no accusations of a conflict of interest.

In the first few years especially, HPV Action set out to be inclusive and to reach out to as many potential members as possible. These included organisations with an interest in cancer, sexual health, men’s health, gay men’s health and public health as well as oral health. Its members also ranged from small local groups to large and influential national organisations.

HPV Action had a single and easily-understood goal. It did not therefore get distracted by multiple aims or internal disagreements about priorities.  Deciding to remain a loose association of organisations rather than a legally-constituted entity also meant that there were minimal overhead costs and few governance issues to resolve. HPV Action’s finances were managed by a member organisation, the Oral Health Foundation, and the Campaign Director was contracted on a freelance basis.

HPV Action’s tactics were equally straightforward and included making the case to opinion-leaders in the field, for example through journal articles and conference presentations, building support among politicians from all parties, lobbying ministers directly and engaging with the officials supporting JCVI.

A large number of MPs supported the call for action following lobbying by HPV Action. Of particular importance were the endorsements by the chairs of several influential All Party Groups, including John Baron from the Cancer APG and Sir Paul Beresford from the Dentistry APG. Early Day Motions and Parliamentary Questions were tabled and MPs briefed for debates in both the Commons and Lords. The most recent debate, on 2 May 2018, was initiated by Sir Roger Gale and came at a critically-important time, just a few weeks before the JCVI meeting when the decision on boys was made.

Several meetings were held with the JCVI secretariat and the Public Health England officials working with JCVI. Detailed responses were made to JCVI consultations. Throughout, HPV Action highlighted concerns with JCVI’s cost-effectiveness modelling and also raised wider issues that needed to be taken into account, not least sex discrimination (in this case, against boys). Huge importance was attached to gathering and disseminating the best-available evidence.

In early 2018, the Throat Cancer Foundation, began its own legal proceedings against JCVI and the Department of Health and Social Care on the grounds on sex discrimination. The decision was made to vaccinate boys before this came to court but the threat of judicial review no doubt added to the pressure on officials and ministers.

Media coverage was sought wherever possible. HPV Action was fortunate to receive PR support from the agency Street and Co, in the later stages of the campaign on a pro bono basis, and several of the member organisations were also actively engaged in the media work. Stories were developed which created new angles, such as a report on the views of Nobel Prize winner Professor Harald zur Hausen (the scientist who discovered the link between HPV and cervical cancer and who strongly supports boys’ vaccination) and a national survey of dentists and doctors. Organised with the help of the BDA, FGDP and BMA, the survey found that 95% of respondents thought boys should be vaccinated.  In the last six months of the campaign, the Mail on Sunday became a staunch supporter and ran a series of hard-hitting articles.

There were challenges for the campaign of course. Limited funding was a continual concern and particularly hampered attempts to engage parents and encourage them to lobby their MPs. A small number of member organisations shouldered the main burden of funding the campaign which at times caused some tension and the possibility of HPV Action collapsing before its goal had been achieved. An online petition, begun in 2013, never came close to its target of 100,000 signatures and was effectively sidelined.

It is only fair and right to make clear that organisations and individuals not under the HPV Action umbrella also played an important role. Particular thanks here are due to the BMA and

Professor Margaret Stanley of Cambridge University, now President-elect of the International Papillomavirus Society. Many individual and influential clinicians and academics also helped to tip the scales.

HPV Action is now turning its attention to ensuring that implementation of the boys’ programme is quick and effective.  A national rollout in September 2019 is essential and it also vital that boys and their parents receive appropriate educational information about the vaccine. The opportunity should also be taken to tackle the major variations in vaccine uptake between local authority areas that currently exist in the girls’ programme.

The members of HPV Action can justifiably feel proud of their achievement. The vaccination of boys as well as girls will lead to a significant drop in the number of cancer cases as well as impacting on other HPV-related diseases. It is a major step forward in public health in the UK.