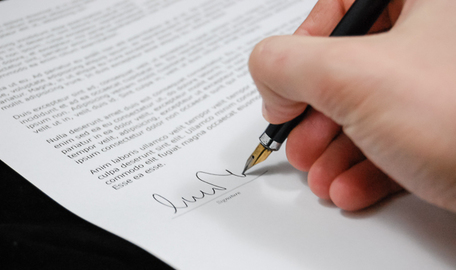 The Throat Cancer Foundation (TCF) was founded by oropharyngeal cancer survivor Jamie Rae.  Jamie, a successful businessman was diagnosed in 2010 with the disease, which in his case was caused by the Human Papillomavirus (HPV).  It was during his treatment that he became alarmed and concerned about the lack of resources and support available to those facing the disease and so two years after his diagnosis established TCF to provide what was missing.

The charity operates nationally and aims to reduce the impact of throat cancers by offering support, advice and reassurance to those affected, not only to the person who has cancer, but to their friends and loved ones as well; making sure they have access to the most up to date information, knowledge about available treatments and what to expect in recovery during their illness.  Its work is backed and guided by a team of leading world class cancer experts and consultants operating in the fields of research and treatment for the illnesses they are fighting.

Jamie survived his cancer, but he found the treatment for it very aggressive and still after several years suffers from ongoing health issues.  At the time he had not appreciated what HPV was, how he got it, nor how it had caused his cancer.  He set about educating himself about HPV, what its impact was, as well as diagnosis and mortality rates.  He was shocked to discover that there was already a vaccine available that could offer protection against HPV related cancers but that it was only given to teenage girls and had been so since 2008 as part of a nationwide campaign to protect them against cervical cancer.  There was no such protection for boys who were still being exposed to the risks of HPV and developing cancer in adulthood.

At the time the advisory body on public health issues, the Joint Committee for Vaccination and Immunisation (JCVI) advised the UK government that it was not cost effective to give boys the vaccine.

Shocked and angered about the government’s position on excluding boys and believing this to be discriminatory, Jamie begin a campaign to bring to public consciousness what the impact and contribution HPV has to cancers and that there was also an urgent need for boys to be vaccinated to give them the same level of protection already given to girls and therefore reduce future incidences of HPV related cancer cases.

Part of the campaign was to also try to persuade the government to change its position on excluding boys from vaccination.  More voices were needed to make this happen and so in 2013, TCF led by Jamie, along with one other organisation became the founding members of a lobbying body called HPV Action.  HPV Action’s main aim was to achieve gender-neutral vaccination in the UK. TCF contributed the funds needed to launch the campaign and helped to sustain the organisation over the next five years. This body now boasts over 50 public health organisations and is recognised as a very powerful lobbying voice for HPV vaccination.

Frustrated by the lack of progress Jamie decided that the time had come to force the government to undertake a judicial review on this very important public health issue.  In February 2018 TCF acting alone instructed lawyers to threaten legal action against the UK government on the ground of sexual discrimination if they did not reverse their decision and stop excluding boys from the vaccination programme.

As of July 2018, the fight was won, the government reversed it policy and announced that boys will receive the HPV vaccine and therefore benefits from the protection against HPV related cancers from autumn 2019.