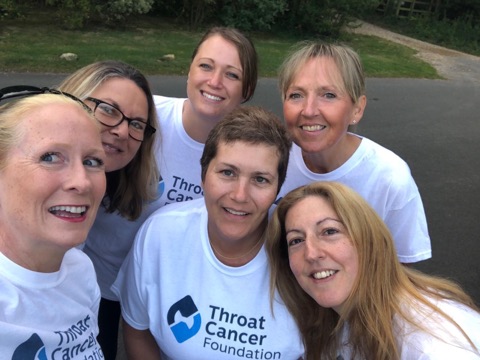 Demand hub worker Paula Willis had already been through an ordeal when her husband Paul, 65, was diagnosed with mouth cancer 15 years ago.

That is, until the 48-year-old discovered she herself had throat cancer in September last year.

“My husband had previously been through mouth cancer so although it was a real shock, I wasn’t particularly upset or worried about it,” mum-of-one Paula said. “It’s because I’d been through it with him. 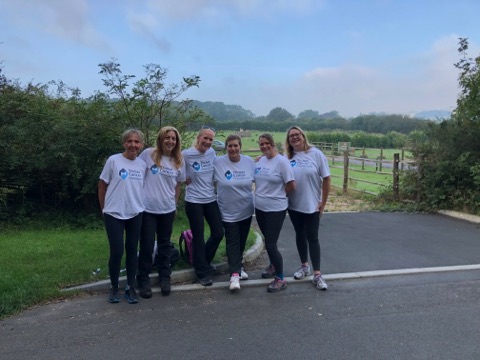 “We had been living in Scotland at the time that my husband was diagnosed and he had to have half of his tongue removed.

“Luckily we had a brilliant doctor at Crosshouse Hospital that did the surgery and he didn’t have to have chemo or radiotherapy. So that bit was all new to me.”

It all started last year when Cambridgeshire constabulary worker Paula began suffering from a sore throat and then painful earache.

“My GP having looked at my throat thought there was something not quite right,” Paula revealed.

“He actually thought it was an abscess so he referred me to ENT and as soon as the ENT doctor had a look, he knew straight away because he had me booked in for an MRI within two days.”

Paula, from Rutland, in the Midlands, used her experience as an emergency call handler for the police to stay as calm as possible after her devastating diagnosis.

Her husband, a car salesman, also remained by her side although Paula feels he found it even more difficult to deal with than she did.

“I don’t think he dealt with it as well as I have done,” Paula said. “He was a lot more emotional and anxious. 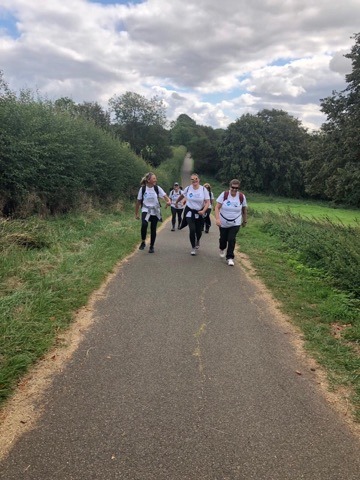 “I think the nature of my job helps because I’m dealing with drama all the time and I think it’s quite important to stay calm.

“I was also brought up in the military so I dealt with a lot of things growing up and I think that’s given me a more balanced outlook on things.

“Staying positive is key, I was adamant from the outset that I would be fine and I would beat it.”

Quickly after her diagnosis, Paula had tonsillectomy surgery and had to have all of her upper teeth removed.

She also had to have a peg tube fitted as she was unable to eat, before starting her gruelling chemotherapy and radiotherapy in November 2018.

“I had six sessions of chemo and 30 sessions of radiotherapy,” Paula said. “I finished in the 21st of December, which was right before Christmas.”

“Speaking on the phone is quite hard some days. But it is what it is – you’ve just got to get on with it.”

As a result of her treatment, Paula has been left with tinnitus and hearing loss in both ears, a lack of saliva, difficulties eating drinking and talking and problems with fatigue and insomnia.

Although Paula is still waiting to be given the all clear, she has returned to work full time.

On September 10, Paula and work colleagues completed a gruelling 26-mile walk around Rutland Water, a local reservoir, in just over nine hours to raise funds for the Throat Cancer Foundation.

Talking about the challenge, Paula said: “It was one of the hardest things I’ve done in a long while but to be able to complete it with friends and raise awareness of throat cancer was all worth the pain.

“So far we have raised £2,000 which is an amazing amount and I’m so grateful for everyone who has donated. The JustGiving page is still live and I would be so thankful to anyone else who wishes to sponsor this great charity which supports so many other people in my position.” 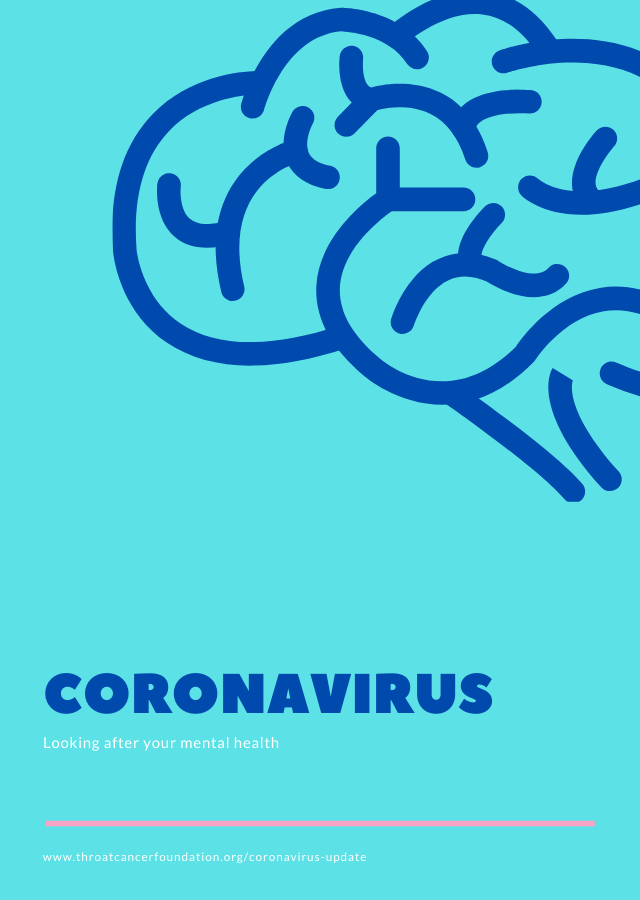 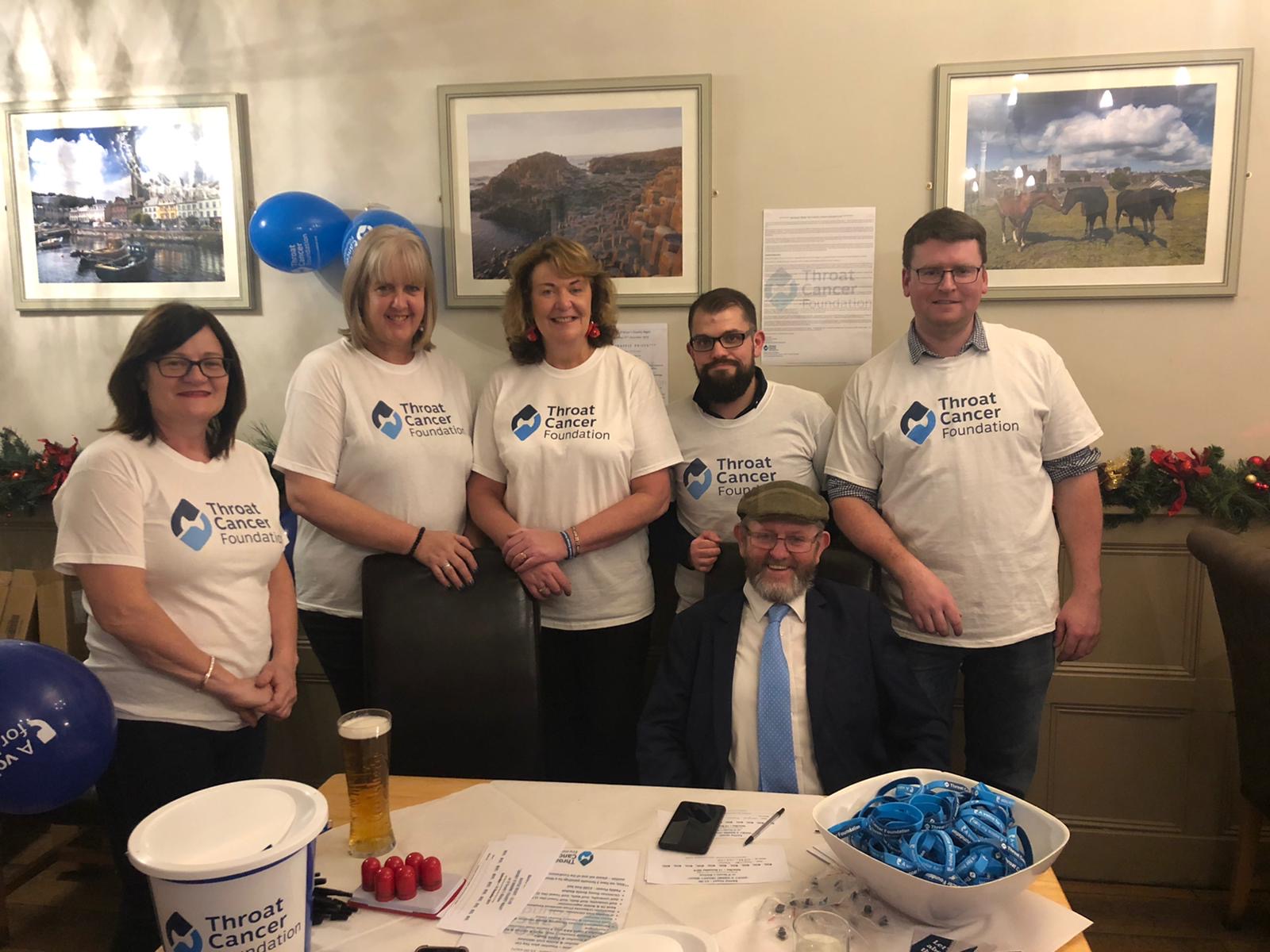